Deciding which ones are the best iPhone games is all a matter of opinion. There are over a million games for the iPhone. Some people like wild action, while others prefer to test their knowledge and challenge their friends with trivia and puzzle games. 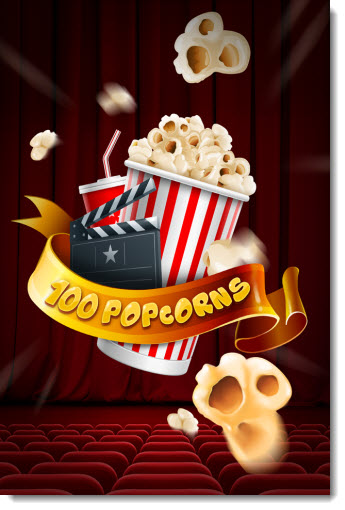 Although the games are easy to learn and understand, they are extremely challenging. Finishing a level is not as easy as it seems. Downloading and installing the apps is also very simple. The tough part is finding the best iPhone games and deciding which games to play first. With over a million choices, you probably won't get to try all of them before a load of new ones are created.

Thousands of people all over the internet create lists of their favorite games. If you have similar tastes, these lists can be very helpful. Or, you can choose games by genre. But, don't neglect games from other genres. You'll never know how fun adventure games can be until you try one.

Here are some of the best iPhone games as rated by avid gamers. All are challenging, exciting and very addictive.

You play the role of a young Swedish man trying to see into the future. It starts with you walking to the church at the stroke of midnight. Along the way, you encounter strange visions and weird creatures. This point and tap puzzling adventure puts emphasis on mood and atmosphere, making it feel more like a journey than a game.

World of Goo is also often referred to when lists of the best iPhone games are made. The object of the game is to build web like structures using small gobs of living goo. The game is also available on the Nintendo Wii platform, however playing it on an iPhone is easier. The touchscreen on the iPhone gives you more control over the gobs. Keeping your hand steady on the Wii controller can be quite frustrating.

This game is similar to Scrabble. Although Scrabble is now available as an iPhone game, fans of Words With Friends prefer this version. You can play alone or in real time with friends or random users. The game integrates with FaceBook, so you can play with friends that don't have an iPad, iPod or iPhone.

A family friendly physics based cartoon puzzle game. Created by Disney, this game features a little alligator trying to make a home for himself in the sewers of a large city. It is your job to help him fill his tub for a bath. You guide the water from the source to his home, overcoming obstacles along the way.

The tiny wings of the bird keep it flying over the hills. To get over, you must help it build up momentum. You collect stars along the way for more power. You must reach the end of the level before night fall. The graphics are simple, yet stunning. Also one of the best iPhone games.

This is an action-adventure game of exploration. The audio-visual style makes the graphics look like a dream scape. You use your sword to fight off your enemies, and your sworcery skills to solve puzzles. One of the main attractions is how well the music and graphics blend with the design of the game.

Spider: The Secret of Bryce Manor

The interesting part about this game is that it appears quite average, but is actually very difficult to master. You play the part of the spider trying to capture insects for dinner. While on your quest for food, you discover an empty mansion. It is up to you to figure out why the manor has been abandoned. The game requires a good amount of strategy, concentration and focus.

A highly addictive game that combines the best parts of Boggle and Tetris. As the game progresses, longer words are required to clear the row.

This is considered the best iPhone racing game ever. Racing fans and automotive enthusiasts both love this game. Thirty real, officially licensed cars are featured to give gamers a truly authentic experience. You can enjoy more than ten hours of racing fun that takes you through some of the most richly detailed environments imaginable.

Part action and part strategy, this game is a strong contender for the number one iPhone game ever created. Using the various plants as weapons, you must defend the tower against the hoards of zombies. Although the enemies are creepy zombies, the game is actually more cute than scary.

Inspired by science, this game is actually more fun than educational. You may learn a bit about physics and biology along the way, but you will be too busy enjoying yourself to think of it as a science lesson. You play a single celled organism that has to absorb other organisms in order to grow. If you run into a larger creature, it will gobble you up.

Get your daily crossword fix anywhere, without carrying around a newspaper and pen. The paper version can be such a hassle. This digital game gives you some of the same great puzzles found in the paper. For a small monthly fee, you can access all of the puzzles the paper publishes.