What's up with iPad games? The first iPad was introduced to the world in 2010. Since then, five different versions have been released. The original iPad set the design precedent for all of the models that followed, which includes a large touch screen, virtual keyboard and WiFi capabilities.

The first tablet type computer created by Apple, the Newton MessagePad 100, was released in 1993. This invention led to the development of the ARM6 core processor in conjunction with Acorn Computers. At the same time, Apple was working on the prototype of a PowerBook Duo tablet, called the PenLite. However, the company chose not to market it right away for fear of the MessagePad losing its share of the market. Several other Newton-based versions of the PDA were released over the years, with the final edition being the MessagePad 2100, which was discontinued in 1998. 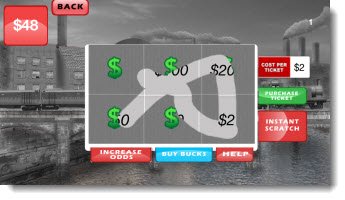 After nearly ten years of putting their efforts in other areas of the computer world, Apple once again started up their mobile line with the iPhone. Although designed mostly for making calls, the device was also capable of taking pictures, and is credited for pioneering the finger sensitive touchscreen interface for the iOS mobile operating system.

Rumors of an Apple tablet began to circulate long before the device was ready to hit the shelves. After its release, Steve Jobs admitted that the idea for the iPad had been kicking around for some time, but development was put on hold because most of the features it was capable of at the time could easily be implemented on the iPhone.

When the first iPads finally went on sale, they were only available at the online Apple store. Initial sales, the first day the device became available, reached 300,000. This soared to three million units sold within only eighty days.

The main features of the iPad are a muti-touch screen, virtual keyboard and WiFi capabilities. But, that is not even half of what you can do with this versatile device. Other features include:

These some of the core features. As technology advances, each new generation adds a few more enhancements.

Advantages of Gaming on the iPad 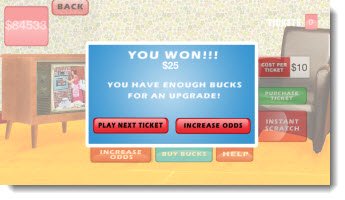 There’s a reason people prefer to play games on an iPad. These games are not just mini apps or games stretched out to fill a bigger screen. They are specifically designed to take full advantage of all the special features of the iPad.

iPad games use every pixel and fill up the stunning Retina display to give you an incredible interactive experience. Only iPad games can draw on the amazing technologies built into the device, like the gyroscope, accelerometer and the A7 chip.

There are more than 500,000 super cool apps and games you can download to your iPad. From brain teasers to high action racing and combat games, there is something for everyone. The downloads are very affordable, with a huge selection of games offered completely free of charge.

When Apple first developed the iPad, the majority of the downloads where created internally. Today, third party coders from all over the world develop new apps and games or enhance ones already created. This is what gives iPad a huge advantage over other portable gaming devices. Because Apple is so popular, and easy to use, more people develop games for it, providing users with a greater choice of games to play. Popular titles include: