Batters Up! Sports Games are on a Winning Streak! 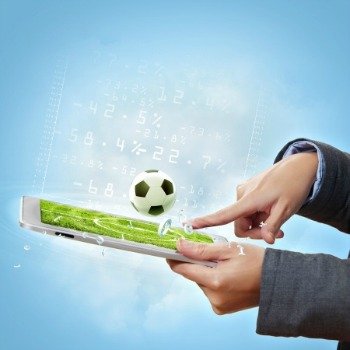 Ever since I could remember, sports games have always been one of those… “Why?” types of games. If you wanted to play a sport, why wouldn’t you just go out and play a real sport? Surely you would get much more enjoyment out of throwing a real football or hitting a real home run, right? Then it dawned on me—not everyone is adapt to playing a sport as they’d like. Perhaps the sports they play on consoles and computers are as close as they will ever get. I guess, it isn’t so much of a mystery anymore.

Sports games are more of a hit on the consoles than they are on the computer. There’s something about actually holding the controller that makes you feel like you have what it takes to be the next sports hero… A legend.

Or you just want to prove to your friends that you can whip their tails at basketball. Either way, these games bring out the competitive side in gamers, regardless of the platform they are played on.

If you’re a long time sports fan and you’ve got every edition of NBA 2K, Madden, or any other sports game that comes out every year, you probably already have a few iOS games downloaded on your iOS device. The great thing about playing the games on an iOS device is the ability to play against your friends (or complete strangers if you wanted to) from anywhere in the world thanks to the device’s internet connectivity.

But, when you peel back the layers, aren’t these games the same? Aren’t the game mechanics pretty much the same from generation to generation? Well, yes and no. Sure there are basics that you can’t stray from, but each games has its own unique charm that makes it stand out from the rest.

Can Games based on Sports Really Be Charming?

Of course they can! It may not be like the “Aw it’s so precious!” charming, but it is possible! Let’s take NBA Jam for example. This iOS game lets you perform insane high dunks that give Michael Jordan a run for his money. You can perform these gravity-defying dunks with NBA all-stars or people who have no business being on the court—like politicians.

While Par Out Golf may not give you quirky characters to play ask, it does give you a new way to look at golf. Not only do you have to prepare your shot, but you also have to draw (yes draw) around challenges on the green.

Sports Games Brings Out The Competitor in Players

Like I previously mentioned, these games bring out the competitive side in people—and in app developers. Big names in gaming like EA are always churning out new versions of the same game. How many Madden games are there? What about the FIFA games? At least with iOS games you have the chance to break up the monotony of the same old game with a new year slapped on the title.

The next time you feel like playing against your friends, try challenging them to a quirky sports game rather than the same old safe bet.