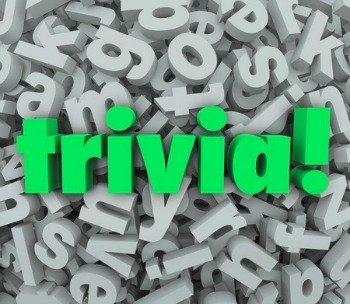 For decades, trivia games have captured the attention of millions. Whether it comes in the form of television shows like Jeopardy, $1000 Pyramid, or Who Wants to be a Millionaire; or if it is a board game like Trivial Pursuit. People love to test their knowledge about everything and anything. Why, it’s amazing how much useless knowledge people can recall. Well, trivia aren’t just for television and board games anymore. In the past few years, these games have been making a big mark in the world of video games. Games like You Don’t know Jack and Are you Smarter Than a Fifth Grader have been making quite the name for themselves in the iOS market. In fact, you could say that trivia games are on the rise.

What Should You Look for in Trivia Games

There are plenty of these games available on the iTunes marketplace, you may not know where to start. Well, first thing’s first is sorting through all of the types of trivia you could choose from. Do you like movies? Movie trivia games takes random questions from movies from all sorts of different time periods. These particular games start off easy with general knowledge questions (like What movie was the line: “I see dead people” from?) to more obscure things like what actor died while on the set of The Crow?

If you are more interested in classic trivia type games, you can find digital versions of Family Feud, Jeopardy, and Trivial Pursuit available on iOS. The best part of these kinds of games is that you can include your friends in on the games as well. Trivia are kind of like sports games, as they always bring out the competitive side among friends.

Other sub-genres of trivia include sports (of course), music, adult based trivia, and so much more. It’s actually incredible to think of how many these games are available!

Something More To Trivia?

Now, I know what you may be thinking. That all of these games are alike. You get a bunch of questions and you have to pick the answer. Yeah, it sounds pretty boring but the fun lies within the challenge. It can be downright infuriating when you swear you know the answer to a question and you’re wrong. Unfortunately, there isn’t much more to trivia games than questions. You do have some games that have pretty neat visual effects when you are playing, but that’s about all there is to them. These games don’t have to go through hoops to draw gamers in and download their apps. People want to do it on their own. They like the challenge of answering difficult questions—just to see how smart they are.

What more do you need? No one said video games could test the mind. In fact, all video games test the brain in some capacity. Trivia just test what kind of knowledge you can remember. You’d be surprised how much stuff you know—and can learn in the process.