Protect Yourself While Zombie Games Take Over the World! 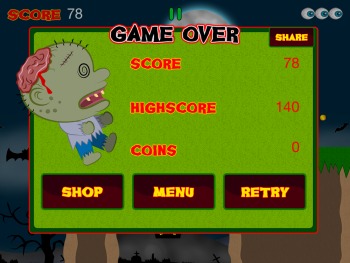 There’s no denying that zombies and zombie games have captured the imagination of people for a long time now. Whether you are trying to survive a zombie apocalypse or you are just protecting your home with plants against a zombie invasion, this is a genre that is constantly growing and there are no signs of it slowing down, not if iOS users have anything to say about it.

These games take on many forms—from the gross and gory creatures you see in The Walking Dead and Dead Island games, to cutesy zombies that would rather plant their own farms or live a normal life like in Zombie Farm 2, Zombie Café or Zombie Life (all of which mimic popular life simulation games, except the playable character is a zombie. Not very original is it?).  What is it about these once-dead-but-now-alive creatures that make us go crazy for the games?

Some would say zombie games are so popular because they are pretty innovative. Let’s take Plants vs. Zombies for example. This iOS-friendly tower defense game changes the way we look at TD games in general. It is whimsical and it doesn’t take itself too seriously. Players can chuckle at Crazy Dave while he rambles at us in his garbled language. Of course, this is just a mild example that hardcore gamers will brush off.

Let’s look at Into the Dead for a moment instead. While there may be zombie survival games that make you the protagonist, but Into the Dead shows the game from your point of view. You are thrust into a dark field full of brain-slurping zombies and your only goal is to survive any way you can. While this doesn’t sound too unique, the way you play the game is innovative. You have to use the motion sensor of your iOS device to move your character (well, you don’t have to, but it makes it much more fun).

Zombies are the Ultimate Bad Guys

Whether you are a teenage cheerleader or you are some crazy guy protecting your lawn, everyone can get behind killing a zombie. In these games, everyone is essentially the good guy because no one else is trying to eat your brains or turn you into one of them. Let’s not forget that there is something strangely satisfying when you can blow the heads off these undead creatures. They make it incredibly easy to kill because they are slow, unorganized, and definitely not equipped with weapons that can cause you real damage from afar. After all, how many zombie shooting games have you played where hoards of undead are machine wielding militia-men with a designated leader?

The only grip people may have with these games is that they keep coming out in droves—just like the zombies in said games. Sure, we get it. Zombies are popular and these games are definite money makers, but there has to be a limit somewhere. It’s pretty bad when zombie games are ripping off casual games like Diner Dash and Farmville.